Does Your Child Have Sleep Apnea? 5 Signs and How It’s Treated 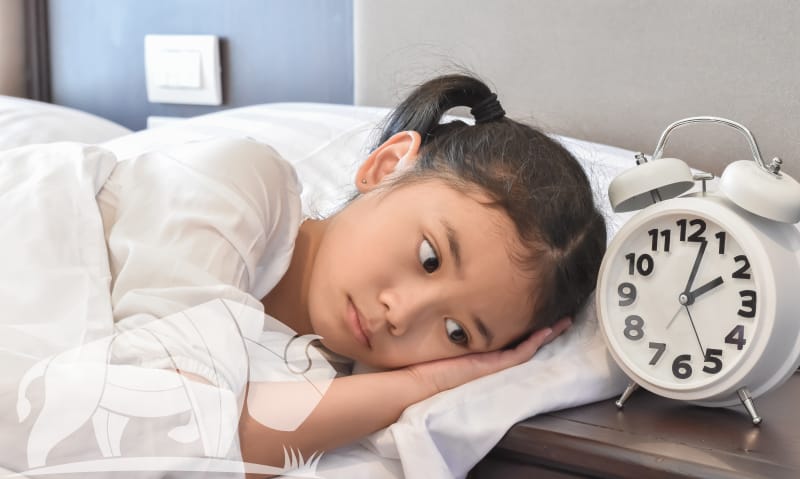 Over 25% of adults suffer from sleep apnea symptoms, but this sleep-disordered breathing condition also affects up to 5% of children. It’s important for parents to be aware of how sleep apnea presents in children, as symptoms often differ from what adults experience. The sooner you recognize these symptoms as signs of sleep apnea, the quicker you can have your child evaluated and get them relief from poor sleep and other side effects.

What is obstructive sleep apnea?

Obstructive sleep apnea (OSA) is the most common form in children and adults. It’s characterized by a disruption of normal breathing due to soft tissues around the throat collapsing into the airway during sleep. The result is either a momentary loss of breath or significantly constricted breathing when the person should be inhaling.

Receiving a proper diagnosis from a doctor is crucial because the treatment for obstructive vs. central or complex sleep apnea is different.

What are the most common signs of pediatric sleep apnea?

For example, excessive daytime fatigue is frequently seen in adults with OSA, but children tend to be much less likely to experience this symptom. Waking up with a headache or a sore, dry throat are two other very common symptoms adults experience that children may not.

As a parent concerned about OSA, keep an eye out for these five signs of pediatric obstructive sleep apnea.

Snoring is a hallmark symptom of OSA, and approximately 20% of children with sleep apnea are chronic snorers.

Remember that snoring as a symptom of OSA isn’t quite as common in children than adults, meaning an evaluation is still necessary if your child doesn’t snore but still experiences sleep disturbances.

Gasping or choking are two other symptoms that often occur simultaneously with pauses in breathing.

Night terrors are an extreme form of nightmares that can result when a child is frequently experiencing fragmented sleep patterns. The difference between a normal nightmare and a night or sleep terror is the stage of sleep in which they occur. Nightmares tend to be less frightening and vivid because they happen during the REM cycle of sleep. Night terrors occur during a non-REM cycle and can be extremely frightening for children.

Children who wake up screaming, panicking, and fearful only a few hours after falling asleep may be experiencing sleep apnea-induced night terrors.

The occasional bed-wetting accident is normal for very young children, but frequent bed-wetting episodes or bed-wetting beyond the age of 4 to 6 could point to sleep apnea. Children who are otherwise healthy without developmental delays should be evaluated by a sleep specialist as health care professionals now recognize this as a common symptom of OSA or CSA.

Mouth breathing can happen when your child is awake or asleep. It’s often associated with pediatric obstructive sleep apnea because it’s a sign that a child may have trouble breathing through their nasal passage.

Even if your child doesn’t exhibit other symptoms of OSA right now, an evaluation by a doctor is important to prevent future OSA symptoms and determine the underlying cause of your child’s unusual breathing habit.

How does pediatric obstructive sleep apnea impact my child’s well-being?

Your child may have a difficult time paying attention in school, especially when it comes to memorizing lessons or remembering new concepts. Behavior issues may also begin to appear, such as moodiness, irritability, or generally acting out.

Children with untreated sleep apnea are also at a much higher risk of developing chronic health conditions as they grow older, including cardiovascular disease.

How do doctors and dentists treat pediatric obstructive sleep apnea?

Some of the most common treatment options for pediatric obstructive sleep apnea include:

Surgery is usually a last resort, but for some cases it may be the only way for your child to get permanent relief from their symptoms.

Ask about pediatric obstructive sleep apnea during your child’s next dental appointment.

Our dentists are knowledgeable about sleep apnea and can help you learn more about pediatric obstructive sleep apnea. However, only a medical doctor can formally diagnose sleep apnea, and usually this involves your child undergoing a sleep study.

We can help you find a local doctor or sleep specialist if you are unsure who to see about your child’s suspected OSA symptoms. Once your child has been diagnosed, we can move forward fitting them with a custom oral appliance if approved as a treatment option by their diagnosing doctor. Schedule an appointment at our kid-friendly dental practice in Buffalo today by calling our office or requesting a visit online.